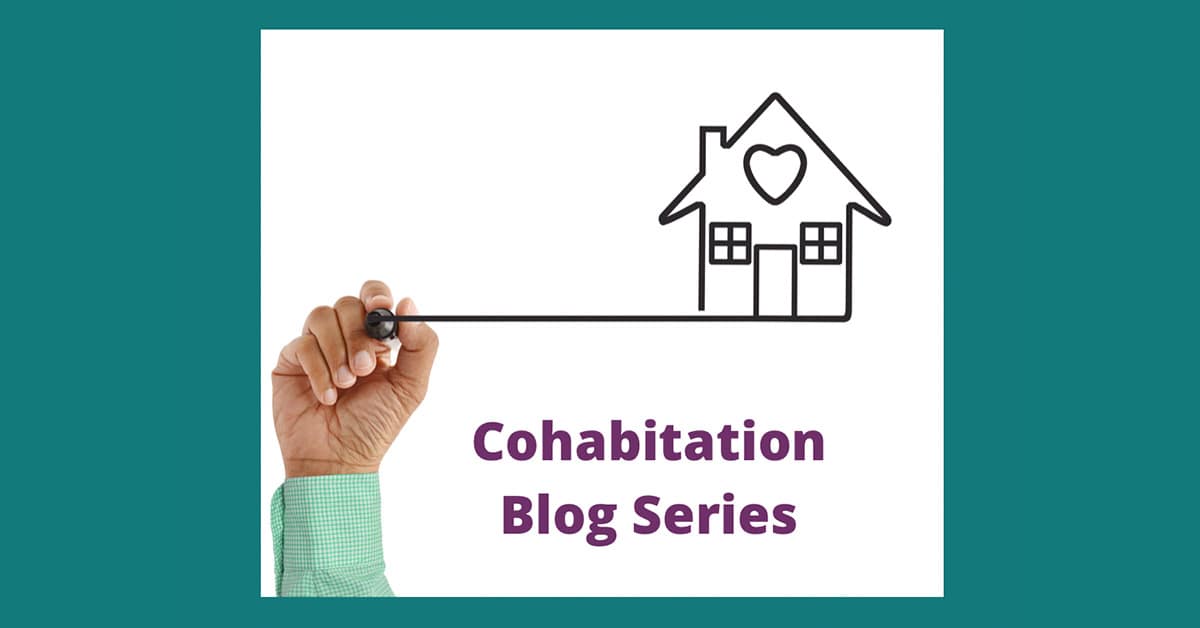 Posted at 10:07h in News by Amanda Wilson 0 Comments
0 Likes

The first national “lockdown” in March 2020 caused many couples to press the accelerator on their relationship and move in together.  Perhaps without giving much thought to the legal implications.  One year on, in this mini-series, we will look at what cohabitation means, what happens if you separate and worse still, if one of you dies.

Have you recently moved in with your partner?

If so, you have joined the second largest family type in the UK.

Cohabiting makes sense for many and, according to reports, a particularly attractive prospect for couples during lockdown. Faced with either not seeing each other for an unknown amount of time, new couples have committed to each other with increased urgency.

A good thing, right? In most cases, we hope so!

But, while the pandemic has pressed ‘fast forward’ on some relationships, it’s worth taking a step back before you commit to cohabiting. It might not feel as significant as marriage but it IS a commitment and one which is recognised legally in Scotland. If you don’t have a Cohabitation agreement in place, there could be serious repercussions if the relationship ends.

Without wishing to put a dampener on your newfound living arrangements, preparing a Cohabitation agreement will safeguard your financial future, providing certainty and avoiding costly legal battles.

You maybe decided to pool your resources and buy a property together to save money. But if one of you is funding the deposit, or paying significantly more, you can protect that by having a Cohabitation agreement prepared, which makes it clear what will happen to that deposit in the event that you separate later on.

Alternatively, you might be living in your partner’s home but contributing to their mortgage each month. Are you entitled to ask for that back if you split?

There are other things to think about too. For example, if the relationship breaks down, are you entitled to ask your partner to leave or could your partner throw you out without notice? If your partner refuses to cooperate, can you force a sale of the property? What would happen if your partner stops paying their share or you separate after ploughing thousands into the property, or funding the deposit?

By having a Cohabitation agreement in place, you remove this uncertainty. Essentially, it sets out the rights and responsibilities you both have, for example:

A basic Cohabitation agreement could cost as little as £500. View it as another insurance policy, for filing away if you ever need it. You can even have a variation prepared if your circumstances change, or you choose to marry.

If you think you would benefit from having a Cohabitation agreement prepared, contact Amanda for an initial, no-obligation chat – call 01382 219004 or 07596 322 296, or email amanda@amandawilsonfamilylaw.co.uk.

This website uses cookies to improve your experience while you navigate through the website. Out of these, the cookies that are categorized as necessary are stored on your browser as they are essential for the working of basic functionalities of the website. We also use third-party cookies that help us analyze and understand how you use this website. These cookies will be stored in your browser only with your consent. You also have the option to opt-out of these cookies. But opting out of some of these cookies may affect your browsing experience.
Necessary Always Enabled

Any cookies that may not be particularly necessary for the website to function and is used specifically to collect user personal data via analytics, ads, other embedded contents are termed as non-necessary cookies. It is mandatory to procure user consent prior to running these cookies on your website.