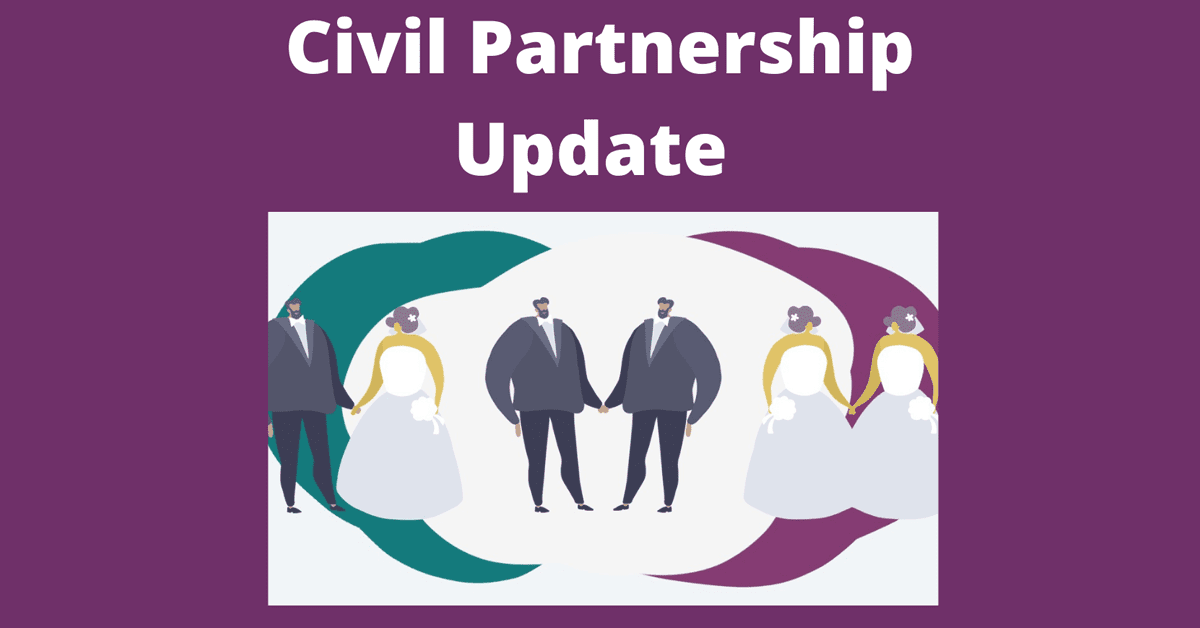 Posted at 12:34h in News by Amanda Wilson 0 Comments
0 Likes

Are you in a relationship and looking to formalise it?

But what about the rest of us?

Ironically, the introduction of same-sex marriage created an inequality: same-sex couples had the choice to marry or enter a Civil Partnership, whereas mixed-sex couples did not.

But that’s about to change!

The situation was reviewed following the case of English couple Rebecca Steinfeld and Charles Keidan. They rejected the notion of traditional marriage but wanted the security and legal recognition of something stronger than cohabiting.

At the time, the couple said, “There is nothing wrong with it, but it just isn’t right for us, and isn’t for lots of other people. We see each other as partners – not as husband and wife – and we didn’t want all the social pressures and expectations that surround marriage, like the bride wearing white virginal dresses and being given away by her father.”

Unable to have a Civil Partnership, they took their case to the UK Supreme Court in 2018 and won.

And now you have the same option!

Following the introduction of the Civil Partnership (Scotland) Act 2020, you can submit a notice of intention to enter a mix-sex Civil Partnership from Tuesday 1 June 2021. The first ceremony, albeit more modest due to COIVID-19 restrictions, could take place from Wednesday 30 June 2021. The Registrar General has the discretion to waive that 28 day notice period where one of the intended parties is terminally ill or is due to be posted overseas in the armed forces.

This means that, if you’re in a mixed-sex relationship but don’t fancy the idea of marriage, you now have another option. Rather than co-habiting and having no automatic rights on separation or death, you can enter a Civil Partnership instead.

What’s the difference between a Civil Partnership and a marriage?

If you are considering making a commitment to your significant other in the near future and wish to seek clarity on protecting your assets, contact Amanda for an initial, no-obligation chat – call 01382 219004 or 07596 322 296, or email amanda@amandawilsonfamilylaw.co.uk.