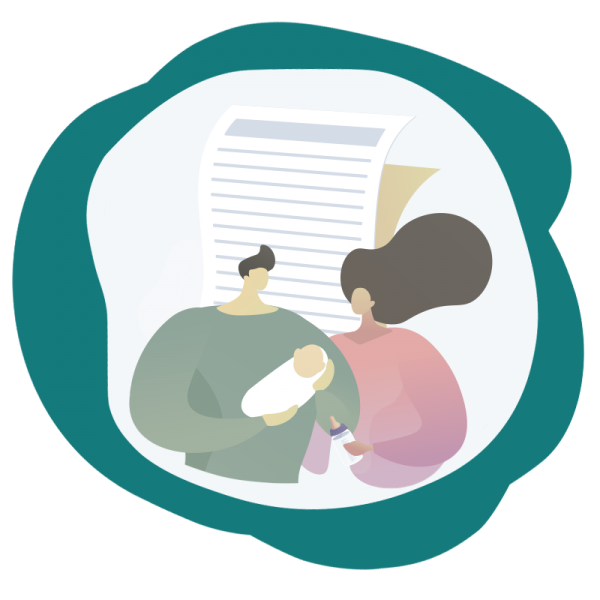 We recognise that the journey to parenthood can be different for everyone and not without its challenges.

If you are considering adoption or surrogacy to start or complete your family, we understand that this is a major decision to make. The thought of lawyers and Courts is understandably probably very daunting for you but I will make the process as straightforward as possible for you and your family.

Let me talk you through some of the implications, and answer the most common questions…

What is the official definition of ‘adoption’?

Adoption is the legal process which is used to have a person or couple legally recognised as the parent/s of a child. Once completed, they will have full parental rights and responsibilities for the child rather than the child’s biological parents. The exception is a step parent applying to adopt their partner’s child in which case they will share those rights and responsibilities with them.

If you wish to adopt a child, then the procedure involved will vary, depending on your situation.

With extensive experience of applying to the Court for adoption orders, I have acted for couples, step-parents and individuals alike, including adoptions from abroad.

In Scotland, you must be aged 21 or over and can adopt as either an individual or a couple. There is no upper age limit for prospective adopters, however the Court will take into account the difference in age between yourself and the child before reaching a decision.

There is no legal requirement to be of good health and ill health itself will not prevent an adoption order being made, however the Court will take any health concerns into account which could impact on your ability to care for the child.

The Court will look at all facts of the case and you will need to demonstrate that you have a stable and committed relationship.

Can you adopt a step-child?

Your first port of call is to contact a solicitor – with significant experience in adoption, I can advise on whether you are likely to be successful before the process begins, and which other agencies may need to get involved.

Depending on the outcome of that initial dialogue, we would work together on an intimation to the local authority’s Social Work department who then prepare a detailed report for the Court, stating whether they support the adoption or not. That is usually the most time-consuming part of the process.

I would then prepare an application to the Court, called a Petition, which will be lodged with your local Sheriff Court. The Court will fix a date for a preliminary hearing six to eight weeks later. A copy of the Petition is sent to the natural parents of the child (where appropriate) and anyone else the Court considers entitled to be informed of the application. The natural parents then have 21 days to notify the Court if they wish to object. The Court will appoint an independent solicitor (called a Curator ad Litem or Reporting Officer) to produce an additional report during that period. They will also be tasked with obtaining any consents which are required.

Normally consent is needed from any person with parental rights and responsibilities for the child (normally their natural parents) as well as the child if they are aged 12 or over. However the consent of the natural parent can be dispensed with by the Court under certain grounds, for example if they are unfit to care for the child, cannot be found, are unable to mentally give consent, deceased or where the welfare of the child otherwise requires their consent to be dispensed with.

If there are no objections, the adoption will normally be granted at the procedural hearing. If objections are received, then the Court will fix a timetable and an evidential hearing will be fixed for evidence to be given and then the final decision will be made.

What are the alternatives to adoption?

Sometimes, adoption is not the most appropriate order for the Court to make for a child. However, if formal orders are still sought then it may be that a Residence Order (Custody) or an order conferring Parental Rights and Responsibilities would be more suitable. These orders would not terminate the legal relationship between parent and child.

For a free, no-obligation discussion about your situation, please get in touch…

How much will it cost?

There are two types of surrogacy:

Traditional surrogacy, where the Surrogate mother’s egg is used and is fertilised by the intended father or a donor and

Gestational surrogacy, where the intended mother or a donor provides the egg, which is fertilised using IVF by the intended father and then placed inside the Surrogate mother. Alternatively, the intended mother’s egg is provided and donor sperm is used to fertilise the egg via IVF. Importantly, currently there must be a genetic link to at least one of the Intended Parents.

Although surrogacy is legal in Scotland, it is highly complex and currently unregulated *. Furthermore, commercial surrogacy is illegal, meaning that a Surrogate is only allowed to receive ‘reasonable expenses’ and cannot be paid for the surrogacy arrangement.

*The Law Commissions of Scotland and England and Wales are currently consulting on proposed major reforms to surrogacy law in the UK, commenting that the current laws are ‘outdated and should be improved to support the child, Surrogates and Intended Parents’.

What is a Surrogacy Agreement?

The Surrogate and Intended Parents can have a Surrogacy Agreement prepared, to reflect how they wish the surrogacy arrangement to work in practice. Surrogacy Agreements are not legally enforceable in Scotland or the rest of the UK however they are sensible to have. Indeed, some clinics and hospitals will insist on having one in place before the baby is born.

The Surrogacy Agreement can make provision for who will be present at the scans and birth, when and how the baby will be handed over to the Intended Parents following birth, and various other matters such as the level of ‘reasonable expenses’ to be paid to the Surrogate.

Once the child is born, who are the legal parents?

Once the baby is born, the Surrogate mother will be treated as the legal mother. If she is married or in a civil partnership then her spouse/civil partner will be presumed in law to be the other legal parent (unless they did not provide their consent to the Surrogate being inseminated). If she is not married and the intended father fertilised the egg then he will legally be the baby’s father.

The Parental Order must be applied for within six months of the baby’s birth and the Surrogate must provide her consent.

Alternatively, if the Intended Parents are out of time to apply for a Parental Order or where there is no genetic link to the child, they would require to apply to the Court for an Adoption Order.

For a free, no-obligation discussion about your situation, please get in touch…

How much will it cost?